See how these three components work in harmony to digest organic waste QUICKLY and EFFICIENTLY, with NO ODOR or NOXIOUS GAS. 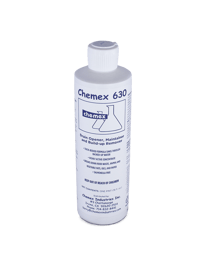 The following discussion outlines the biological process of BACTERIAL DIGESTION. This process is responsible for the digestion of organic waste, no matter where it occurs.

With minor variations, this same process digests waste in:

WHAT IS BACTERIAL DIGESTION?

Bacterial digestion is the process of bacteria consuming organic matter. The bacteria feed on the organic waste, deriving nutrition for growth and reproduction. Using complex chemical reactions, the organic waste is metabolized down to water and carbon dioxide (the final metabolic waste products), providing the bacteria with energy to sustain their life.

It may be simply shown by the following equation: 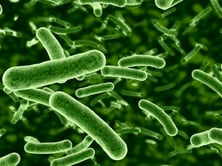 Thousands of different types of bacteria exist everywhere in our world, and most of them carry on bacterial digestion in some way. However, some of them are found only in a particular place (environment), require specialized types of food, and/or have very unique biological roles (niches).

A bacteria is a single cell life form - each individual cell is a separate, unique organism. Bacteria often grow into colonies that appear as jelly-like masses, but each cell remains an independent, individual life. Bacteria reproduce by a process called cell division. A mature bacteria reproduces by dividing into two daughter cells, each identical to each other and the parent bacteria. Under ideal conditions, bacteria can reproduce very rapidly, producing a new generation every 20 to 30 minutes.

Following this reproduction process, we see that the number of individual bacteria doubles with each generation. The population explodes as the number of organisms increases logarithmically. This population boom begins soon after the bacteria is introduced into a favorable environment, after a short lag time when the bacteria becomes acclimated to the new conditions.

Obviously, this population cannot increase forever. At some point, the food source will be depleted, waste products will accumulate, or some other change in the environment will cause the population to level off or decrease (such as a change in pH, temperature, or oxygen content of the environment). Also, introduction of any poisons into the environment may have negative effects on the population, as well as competition from other types of bacteria. This is demonstrated by a population growth -chart for a typical bacteria culture 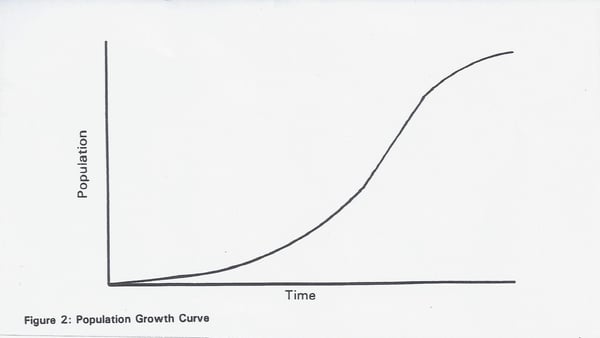 Bacteria can be classified into different types: aerobic types (which require oxygen to live) and anaerobic (which can live without oxygen). Facultative types can thrive under both aerobic and anaerobic conditions.

For waste digestion, we can identify several beneficial characteristics that we

want our chosen bacteria to have. The ''good" bacteria that we will choose must:

1. Consume (digest) a wide variety of organic material that are present in wastes.

3. Not cause any disease in man or animals - they must be non-pathogenic.

4. Grow and reproduce quickly and readily in the environmental conditions found in waste disposal systems.

Certain bacteria belonging to the Bacillus species have these desirable characteristics. They consume organic waste thousands of times faster than the bacteria that are naturally present in the waste. They grow and reproduce easily, are non-pathogenic, and do not produce foul odors or gas as they digest waste.

These "good" bacteria are cultured (grown by artificial means) on a liquid or dry nutrient medium. These cultured bacteria are then freeze dried to put them in a state of suspension. They remain alive, ready to swim, eat, and reproduce as soon as they are activated (rehydrated) and put into the proper environment.

- The proper environment needed for rapid growth and reproduction 􀀕f these good bacteria must have these characteristics:

l. A water medium containing food (organic waste) for them to eat.

2. Dissolved oxygen (for the aerobic types that require it) in sufficient quantities 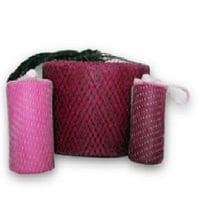 What is an enzyme, and how does it aid digestion? An enzyme is a chemical catalyst that breaks up long, complex waste molecules into smaller pieces, which can then be digested directly by the bacteria.

Enzymes are simply chemicals - they are not living things, and they cannot grow or reproduce themselves. Enzymes are manufactured by bacteria, and used by the bacteria in order to digest waste. The extra enzymes that are mixed into digestant products are actually produced by special bacteria, extracted from them in dry form, and blended into the digestant mixture.

Enzymes are added to digestants to help them go to work faster. When added to the organic waste, the enzymes immediately go to work breaking down the waste. The large, complex molecules of starches, proteins, carbohydrates, and cellulose are broken into smaller, simpler pieces. These enzymes act like chemical "knives", chopping the large molecules of waste into smaller pieces of "prepared food" for the bacteria. The growing bacteria will then start to produce more enzymes on their own, creating a continuing cycle of enzyme production.

The following four types of enzymes are often incorporated into digestant products:

AMALASE – breaks down carbohydrates and starches

Enzymes are specific, so that one type of enzyme can work on only one type of molecule. Thus, protease enzyme will break down complex proteins into simple pieces, but will have no effect on fats or greases. Likewise, lipase will attack animal fats and grease, but will not work on paper or wood fibers (cellulose).

Special nutrients are added to supply the vitamins and minerals required for the fastest growth and greatest activity of the bacteria. These vitamins and minerals may not be present in the waste, and a lack of any one of them may seriously inhibit the growth, reproduction and waste digesting performance. They must be added to the digestant product to assure the fastest, most efficient digestant action.

Now that we have a basic understanding of the process of bacterial digestion. let us follow what happens when digestant is added to a hypothetical bucket of organic waste. Our bucket contains several gallons of liquid, a slurry of water with several pounds of cow manure. Note that this waste bucket environment may be compared to conditions that exist in a septic tank, a sludge digester, or even a clogged drain.

First, the digestant product is rehydrated with warm water, about 100°F. This warm water will re-activate the dried bacteria cultures, preparing them to g to work (hot water, above 180°F. would kill the bacteria!). At the same time, the enzymes are dissolved and ready to begin the initial breakdown of the waste.

When the slurry of digestant is added to the waste, the enzymes go to work immediately. The protease begins to split the large protein molecules, and cellulase begins to break down grass and hay fibers. Cow manure contains no significant fat or grease, so the lipase does little or no work. But if this was a grease trap . . .

The re-activated bacteria have a short latent period to get acclimated to the new environment, giving the starter enzymes time to produce many small fragments of food that can be immediately consumed by the bacteria. Under these favorable conditions, the bacteria soon begin to multiply, doubling their number every 20 t 30 minutes. This population explosion results in a tremendous number of bacteria living in the waste within a short time. The huge number of bacteria are able to digest large volumes of waste quickly. Remember that these bacteria were specifically chose, for their ability to digest waste quickly and efficiently, without odors or gas!

As digestion continues, the bucket of waste will change in appearance. The solid particles are liquefied, and the whole bucket will turn to a black liquid. As the process moves toward completion, the bucket would eventually clear up as all t organic matter is digested, with only a small amount of undigestible (inorganic matter remaining. In real life, the process is a bit more complicated.

In this example, we have treated the bucket of waste as a closed system. That is, nothing is taken out or added into the system other than what was there to start with. The consequences of this are important to consider, because this does occur in nature. A closed system tends to work against an efficient digestion process. We will look specifically at three occurrences:

1. The build-up of metabolic waste.

2. The depletion of dissolved oxygen.

3. Competition from other types of bacteria.

In a similar manner, the available oxygen is used up. As the aerobic bacteria consume the dissolved oxygen, the environment becomes less conducive to growth and reproduction. Because we cannot add more oxygen into this "closed" system, the growth and reproduction rates decline faster. Note that anaerobic or facultative bacteria will continue digestion after the oxygen is gone! 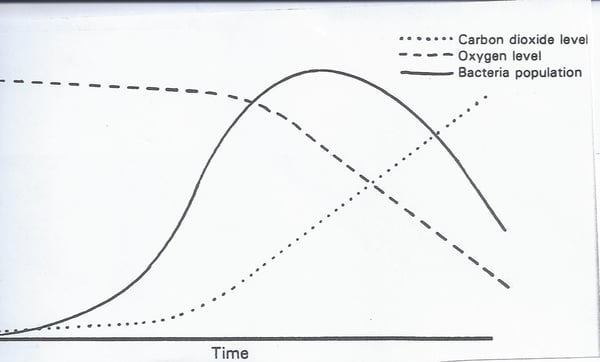 Just like other living organisms, different types of bacteria compete with each other for food and living space. In a particular environment, certain bacteria species may be more successful than all the others, and will eventually become "dominant" in that environment.

For example, there may be hundreds of different types of bacteria naturally present in the cow manure in our bucket of waste. Some types of these naturally occurring bacteria may not grow and reproduce in the system, while others may grow prolifically. As the conditions change, a particular type of natural bacteria may grow better than the ones we have artificially introduced with the digestant product. These competing bacteria may be more successful, and overpower our desirable bacteria. However, these successful bacteria may not digest the waste as well, or produce foul odors, or even be pathogenic.

These and other possible changes in the environment may drastically slow the process of digestion. In fact, it may take many times longer to digest the last 20 percent of the waste as it did to digest the first 80 percent.

We can clearly see the problems that a closed environment causes with the process of bacterial digestion. Fortunately, most real waste systems are open systems. With an open system, we can add or remove things to maintain the environment in a condition that is most favorable to the growth of our beneficial bacteria. Let us consider the bucket of waste if a little bit of attention is paid to it:

1. The pH of the water may be adjusted to maintain conditions that promote the growth of the desirable bacteria. As the carbon dioxide builds up, we can add a small amount of caustic soda or another alkaline chemical to adjust the pH back up to the best range.

2. The bucket could be stirred or otherwise aerated to replenish the dissolved oxygen supply. The added oxygen would encourage continued bacterial growth and rapid digestion, because we are maintaining the most favorable growing conditions for our beneficial bacteria.

3. Additional doses of digestant could be added to bolster the population of the desirable bacteria. This is done to insure that our "good" bacteria will remain plentiful in the face of tough competition from all the naturally-occurring bacteria.

As you well know, these techniques are often used in large sewer treatment plants. By actively working to maintain a healthy environment, the growth of the desirable bacteria can be maximized. The conditions may be monitored and adjustd to keep the process of bacterial digestion going on full speed, with an absolute minimum of gas or odors, and resulting in the fastest, most complete digestion of the organic waste.

This introduction is designed to help you understand some of the principle involved in bacterial digestion. While the process is the same for almost all waste systems, the actual conditions will vary greatly from system to system. Each type of system will have its unique problems to overcome. By understanding the way digestants work, and what makes them work best, you can fine tune the treatment program to produce the best results -while minimizing the cost of treatment. 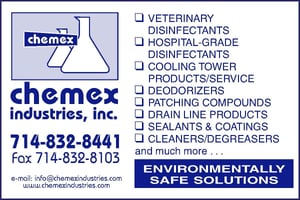 Copyright 2022 Chemex Industries, Inc.  All Rights Reserved On All Content.